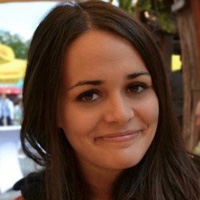 Valentina Persici is a PhD student in “Psychology, Linguistics, and Cognitive Neuroscience” under the supervision of professors Fabrizio Arosio and Natale Stucchi.
She studied music at the Conservatory “G.Rossini” of Pesaro, Foreign Languages and Cultures at the University “Carlo Bo” of Urbino, and Psycholinguistics at the University of York, in England. In 2016, after carrying out a research study on bilingual children in collaboration with professors at the universities of York and Verona, she entered the PhD programme at the University of Milano-Bicocca and the Bicocca Language Group. At the moment she is studying language and music and investigating the relationship between the development of rhythmic and linguistic abilities by using tasks that require anticipation of rhythmic and linguistic stimuli.